What is a Personal Locator Beacon (PLB)?

A personal locator beacon, or PLB for short, is a personal electronic transmitting device that is designed to alert potential rescuers to a life-threatening situation in the air, on water or in remote areas. When activated, the PLB sends out a signal on either a 406MHz frequency or Local Area System using 121.5MHz, VHF DSC and/or AIS.

Example scenarios of when a PLB may be required are:

How Does a PLB Work?

The way a PLB works can vary based on devices and the technologies inside. When a PLB has been activated, the help or assistance can come from rescue authorities, colleagues, friends or nearby monitoring assets, depending on the type of PLB and the receiving equipment used.

All distress beacons send signals on specific and dedicated frequencies/technologies that operate worldwide. Some require bespoke receiving equipment to transmit messages to, while others work with already established worldwide radio and electronic monitoring equipment.

In simple terms, the way a PLB distress process works is as below:

The process exactly will depend on the specific technologies and frequencies used by the beacon, however, the aim is always the same, to locate and rescue the person in danger, as quickly as possible.

Do you need a PLB?

This depends, on what you are planning to do. If you are working or taking part in recreational activity in an environment where there is a likelihood that you may fall into a body of water, or where you may end up stranded in a remote location with no means of calling for help, you should be equipped with a Personal Locator Beacon.

In certain commercial industries and locations, being equipped with a PLB is common practice, if not mandatory and in October 2019, the Maritime and Coastguard Agency (MCA) mandated that crew onboard UK fishing vessels of a certain size should be equipped with a PLB.

Throughout Europe and most of the world, in the offshore industry, you will find it almost impossible to get offshore without a PLB integrated into your life jacket (PFD). ETSI and RTCM are the international safety standards governing Europe and U.S.A respectively. Coming into trouble when nobody else is around, and or when telephone signals are not available, a PLB is a perfect solution for acquiring help and rescue from local search and rescue teams.

What are the different alerting technologies?

There are varying methods of technologies and frequencies that PLBs use, these depend on the beacon as well the scenario that you may find yourself in. These are:

You can find out more about the different frequencies and technologies used by a PLB here where we explain, in detail, how each works. 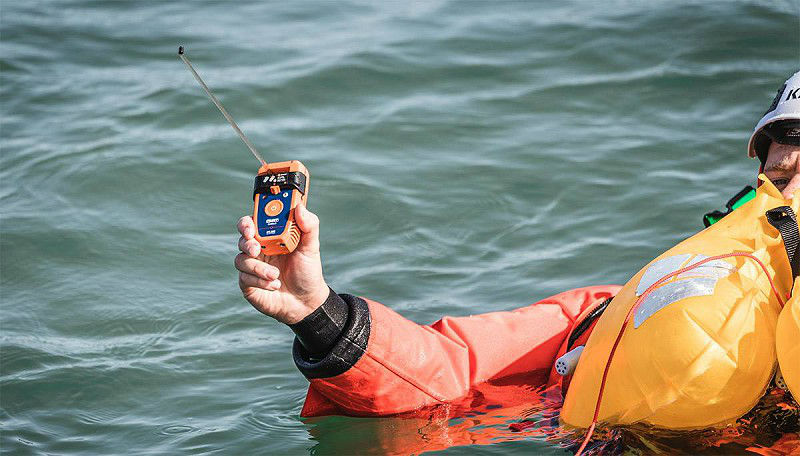 What are the different activation methods of a PLB?

The way a PLB can be activated varies between devices and how the wearer is carrying it or has access to it. The three different methods of activation are:

A Brief History of the PLB

The first form of locating beacon was a 121.5MHz ELT (electronic locating transmitter), which was designed solely as an automatic locator beacon for crashed military aircraft so that the wreckage could be found.

The technology wasn’t utilised in a personal device, until the 1970s, when Hull-born David Marshall, who, in 1960, aged just 20, suffered his own man overboard (MOB) incident, in the South Pacific, he was later rescued and returned to the U.K.

Following this, in 1975 David invented and supplied a prototype of the first Personal Locator Beacon to GBII Joint Services for their entry into the Financial Times Clipper race to Australia, going on to commercially launch a PLB specifically for locating man overboard casualties, in 1979.

The inception of the International Cospas-Sarsat Programme, a satellite-aided search and rescue initiative, in 1982, accelerated the development of the Search and Rescue network and technologies, leading to the creation of the 406MHz PLBs.

Want to find out more?

If you would like to find out more about our range of personal locator beacons, then don’t hesitate to get in touch with us today via info@mrtsos.com.